Living in Guildford - A Brief History of Guildford

Living in Guildford - A Brief History of Guildford 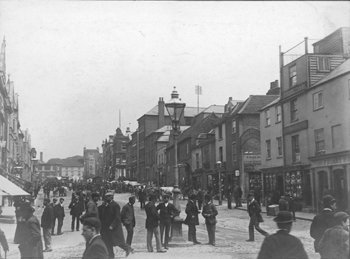 Living in Guildford: A Brief History of Guildford

Welcome back to another edition of the Living series with Chappells Removals. We’ve already explored the transport options, education, healthcare and more in Guildford (which you can find here [link] and here [link]), and now we’re turning to the actual history of the area. Guildford, with its historic castle and estates dotted around it, has been a key town in Surrey for hundreds of years. This includes both as a residential spot and as a cornerstone of incoming trade stopping by on their way to London. Chappells Removals has been operating in the area for decades and knows all the tips and tricks of moving to Surrey – check them out here [link] for more information.

Guilford began in the Saxon times of history when it was known as ‘golden ford’, largely due to the golden sands on the banks of the river. This village turned into a town in the early 10th century and was by this point thriving. Many of the traditional buildings, including St Mary’s Church, were built around this time and have survived through the decades.

Guildford in the Middle Ages

By the middle ages, Guildford had a rising population in the 1000s. This is in comparison to its neighbours, who would have had on average 200 inhabitants. Its main industry was wool. Although it was flourishing in industry and given its first charter in 1257, its growth began to slow down around this time. It started to develop some religious communities during this time as well, such as Black Friars.

Guildford in the 16th-18th Centuries

Soon, a grammar school was founded in the town, elevating its educational status. However, Guildford’s wool industry soon started to fall, as it faced competition from around the UK. Guildford Castle, which had fallen into disrepair, was sold by the king privately and still survives today. Despite the fall of industry, it remained a main market town for the surrounding towns and villages – in the later century, a theatre was built. Like most areas of the UK, Guildford suffered from the outbreak of plague, but survived.

Guildford in the 19th Century

By this time, Guildford was seen as a small town, with a population of approximately 3000 people. However, a corn exchange was built and gas and electricity became supplied to the town, which boosted its growth. In the 1800s, a Borough Council was formed, and it further improved Guildford’s infrastructure and streets. The biggest change was the arrival of the railway in the late 1800s, which allowed commuters to live in Guildford while commuting to London (not much different than today, then!).

Guildford in the 20th Century

In more recent history, the population grew to such an extent that the boundaries of Guildford were extended in the early 1900s. The first council houses were built around this time, as well as a lido and a public library. Significantly, the University of Surrey accepted its first students in 1968, and would go on to be one of the UK’s best universities.

Today, Guildford has a population of around 200,000 people.

If you’re interested in moving to Guildford or the surrounding areas, please do visit our dedicated landing page here. You'll be able to get a free estimate booked in and view all of the other services we provide in our Guildford Removals service.

This article was written by Alexandra Willems. You can view her author bio on this dedicated page.